Thank You, 5 year anniversary of StatsDrone

It is that time of year again for our company StatsDrone to celebrate its anniversary. Previous years we haven’t had as much to celebrate as we were a growing company that was building a lot of things in the background. I do have a lot of people I want to thank, and you’ll get a shoutout in the Thank You section. I do want to thank all our team for helping build this company, all our investors to date for believing in us and all our customers for the feedback and encouragement.

As much as 5 years of a company is a significant milestone, this year alone was a significant one for me and our company. All of us have grown and learned so much this year that I believe it is setting us up for a more successful 2023 and beyond.

This year itself has been filled with a lot of ups and downs. Growing a business is really an emotional rollercoaster. Some days are big highs and other days are lows where you have no other choice but to pick yourself up and keep working.

Let me start by thanking quite a few people. I will call out a few people that have been a big help this year including some mentors. Some of those people are Darrell Helyar, Stephanie Wynters, Alex Tomic, David Merry, Chris Grove, Graeme McGaw, Erik Bergman, Frank Auddino, Angelo Del Duca, Duncan Garvie, William Armitage, Kevin Hartman, and Eman Pulis. I know a lot of name dropping here but these are some people that have been generous with their time and mentorship.

Our customers of course come first and the more we ask you for help and ideas, the more you help us out in return. I love hearing people that get passionate about data, or rather some of you that just want to save time and make life easier.

This is a tough part of running a business is getting the right people all working with the same goal in mind. I don’t thank these people enough but there is no company without these people.

I don’t know how we get to 5 years in business without Darrell Helyar. Many affiliate managers might know him as someone that handles all our numerous affiliate accounts, but he does a hell lot more than that. I brought him on as a business partner so I could stop wearing all the hats needed in growing affiliates sites as well as trying to launch a software company.

I can’t list any of you yet as we are still fundraising and will have an announcement to make early 2023. We really appreciate the support. For those that we haven’t closed a deal with, it has been a pleasure to connect with some of you.

Some of you will share this with direct and won’t list them all here. We are lucky to have had great mentors throughout the years. Moreso this year in our drive to grow and scale our company.

StatsDrone as a company was founded in Canada on December 1st, 2017, by myself and my business partner Darrell Helyar. In the first 4.5 years we have bootstrapped the software we have today but building affiliate sites and selling them too. Our B2B site of gaffg.com has helped us pay the bills and given us some of the needed experience in creating content focusing on helping affiliates.

The idea of the stats app I’ve had for a long period of time going as far back as wanting to build a competitor to Stats Remote. I believed there was a better way of using data to educate affiliates and help them make more money.

We started our first stats app in 2018 and attempted to launch it. We worked in the background to try to make this project a reality, but it was a far more complicated project than we imagined. It was a desktop app, and we made every mistake in the book you could make. It simply took too long to retrieve our own stats and that first version was a failure.

After 2 years of trying to get this version off the ground, we made the painful decision to rebuild the app from the start. We switched a developer to help us rebuild this new version and in late 2019 we got back to work.

I have to say after having done some promotional work to get some new customers to the app, it was really tough having to tell people that we are rebuilding the app. It felt embarrassing and I didn’t want to give up on the project because I believed in it. I was also far more passionate about this project than any other affiliate site I’ve built to date.

For anybody that asked about the project I could only tell them we were rebuilding, and I’d let them know when we had something ready for testing.

From desktop app to SaaS, another painful decision

We finally got our app working in the desktop environment in Mac, Windows and even Linux. The app was actually working and working fast at reasonable speeds of retrieving data. We had at least got to the point where we had something like a Stats Remote, but we had a new problem on our hands.

If we wanted to build some of the advanced features that we put in our business plan, it would take a very long time. It was this realization that switching from a desktop app to a cloud app would help us get to that new level.

Why was this painful? Well, it was another few months of work we did in getting a new desktop app that would have to be literally thrown out. The other part of the decision was a tougher one for me personally.

Earning the trust from affiliates

I was against the idea of a cloud app from day 1 because I strongly felt affiliates wanted a desktop app for protecting their data. I didn’t believe customers would trust their data on another company’s server. I felt this is why Nifty Stats gained more of the market share but Voonix on the other hand were growing strong.

We knew we could at least build a self-hosted service.

The advanced features we wanted to build were too important and they were deployed at 5 times the speed compared to a desktop environment. Simply put that decision 2 years ago was the right one. Desktop apps are slowly fading in the background. I mean look at Sketch getting obliterated by Figma as one example.

My task for 2023 is to talk to and listen to as many affiliates as possible. This is why we have launched our affiliate interview series where you can read interviews like this one and this one too.

My growth this year as CEO

This year was perhaps the most growth I’ve had both personally and professionally. As the CEO I really feel like I work for both the customers and employees. It might sound a bit cliche as you read that stuff all the time, but I feel it.

I’ve done the 5am club almost the entire year. I do it because I have a lot of team members in Europe and a lot of the industry are 5, 6 and 7 hours ahead so I want to make sure I have enough time to do business with them. I got to lead by example and spend as much time with my team as possible and make as much time for everyone in the industry. I also get a ton of work done by noon.

I sacrificed my August to take a course on data visualization. I scarified a good week holiday relaxing on a houseboat so I could level-up my skillset. This was a very challenging course but completely worth it.

I’ve seen too many B2B professionals move fully into video, and I knew the writing was on the wall. It was time for me to do something uncomfortable and start speaking on video. The first month of doing videos was the most uncomfortable part but it didn’t take long for that feeling to fade.

This year was a heavy schedule that included the following major events:

What do we at StatsDrone have planned for 2023? 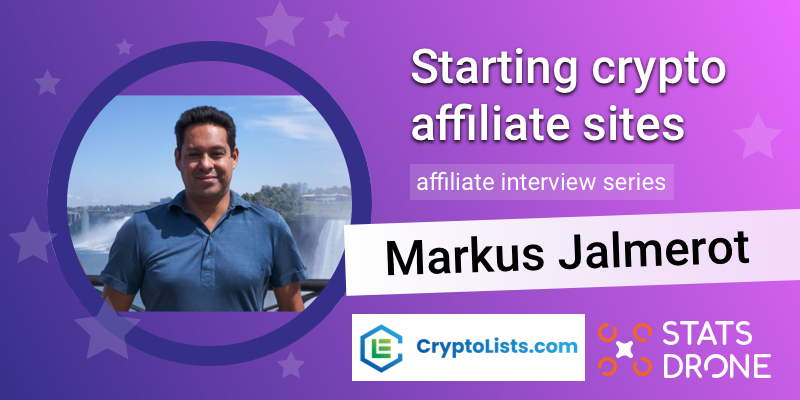 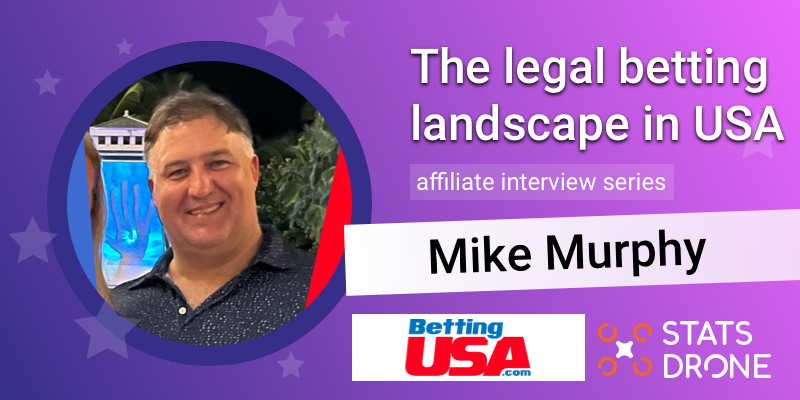 The legal betting landscape in USA with Mike Murphy